This Order is being introduced because of skid resistance safety resurfacing works on the A361 and its junctions with 2 side roads, which are anticipated to take 5 days to 2 weeks, depending on the weather, to complete.

Appropriate traffic signs will be displayed to indicate when the measures are in force.

Exemptions are included for police, fire and ambulance services and for the works and for access to premises which are only accessible from the closed section of road.

The alternative routes for traffic are:
a)  via Wardington Road into Chacombe, Banbury Road and the A361;
b)  via the A361, the A422, the A423, Oxhey Hill, through Cropredy village and Williamscot Road.

That part of the Oxfordshire County Council (A361 Williamscot Hill to County Boundary) (50mph Speed Limit) Order 2005 as far as it relates to this Order will be suspended for the duration of the works.

This Order will remain in force for a maximum period of 18 months or until the works have been completed whichever is the sooner. 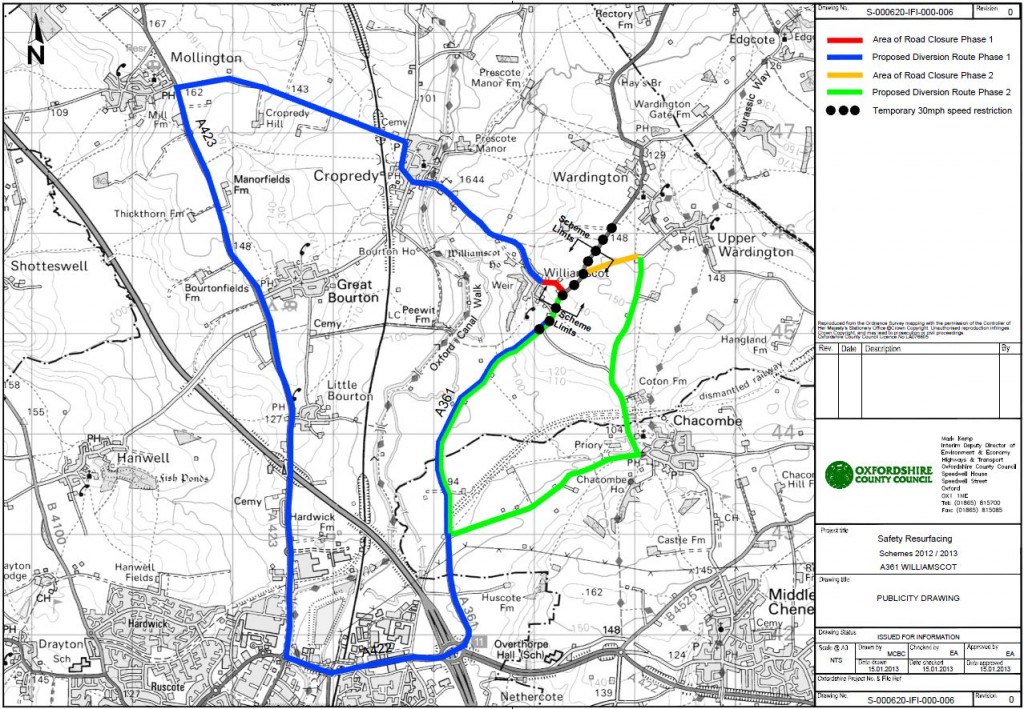